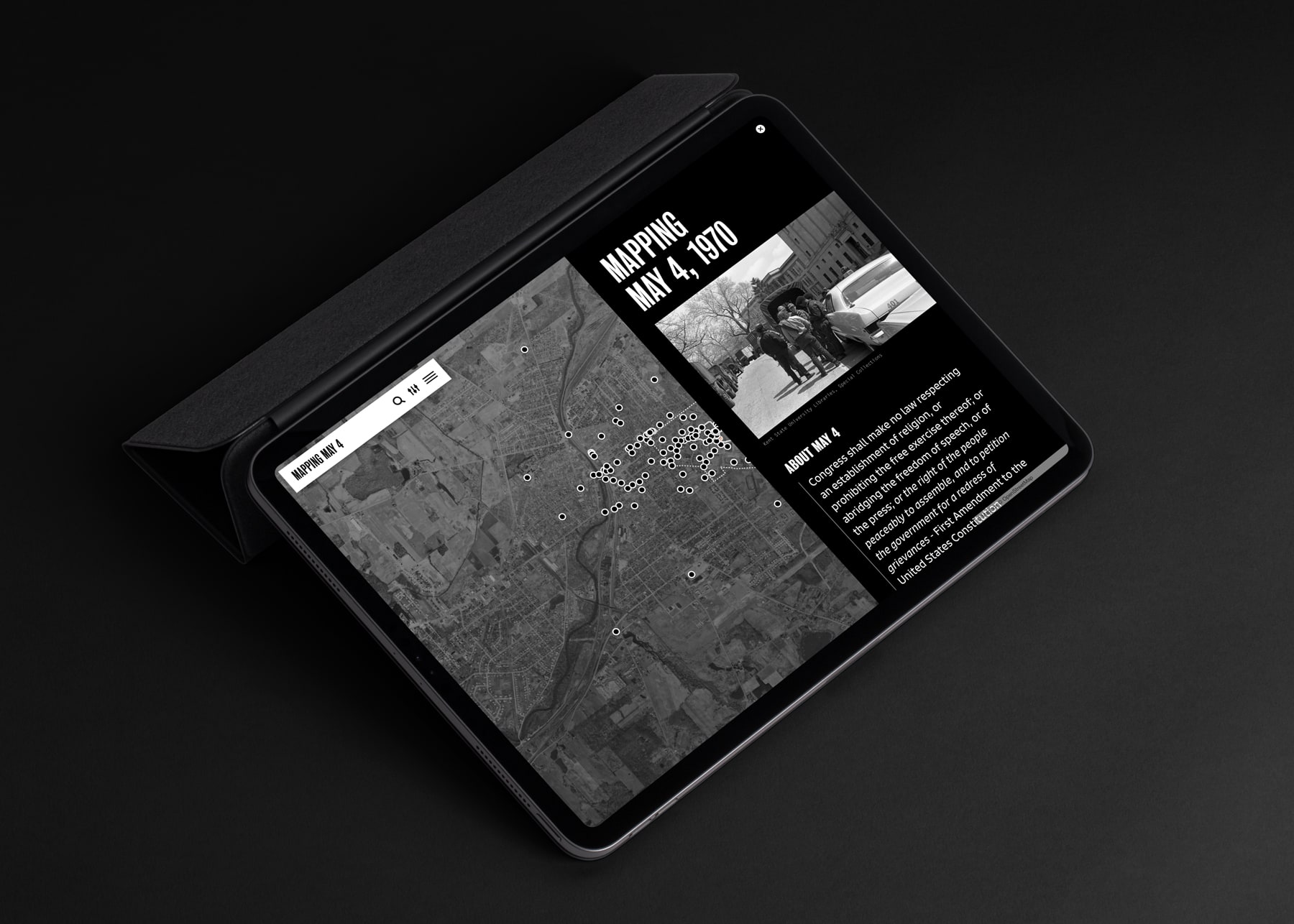 Designing an exploratory web app that maps the oral histories of May 4, 1970.

On May 4, 1970 four students were killed and nine were wounded during a non-violent protest against the Vietnam War at Kent State University. The reaction was national shock and outrage, both against and in support of the killings. The largest student strike (over 5 million students) took place over several days following the shooting, the voting age was constitutionally changed from 21 to 18 within nine months, and sentiments against the war began turning more negative. The events no-less affected the local community, and many oral histories were recorded following the tragedy.

We collaborated with the Department of Geography and the School of Peace and Conflict Studies to design Mapping May 4, a web application and set of public art installations that map the oral histories found within the May 4 Collection of the Kent State Special Collections & Archives. The site serves as an exploratory digital memorial, but does not necessarily aim to establish historical facts—stories associated with some sites are quite contradictory. Instead, this app aims to open a space for dialogue in the hope of building understanding, connection across difference, and ultimately reconciliation. 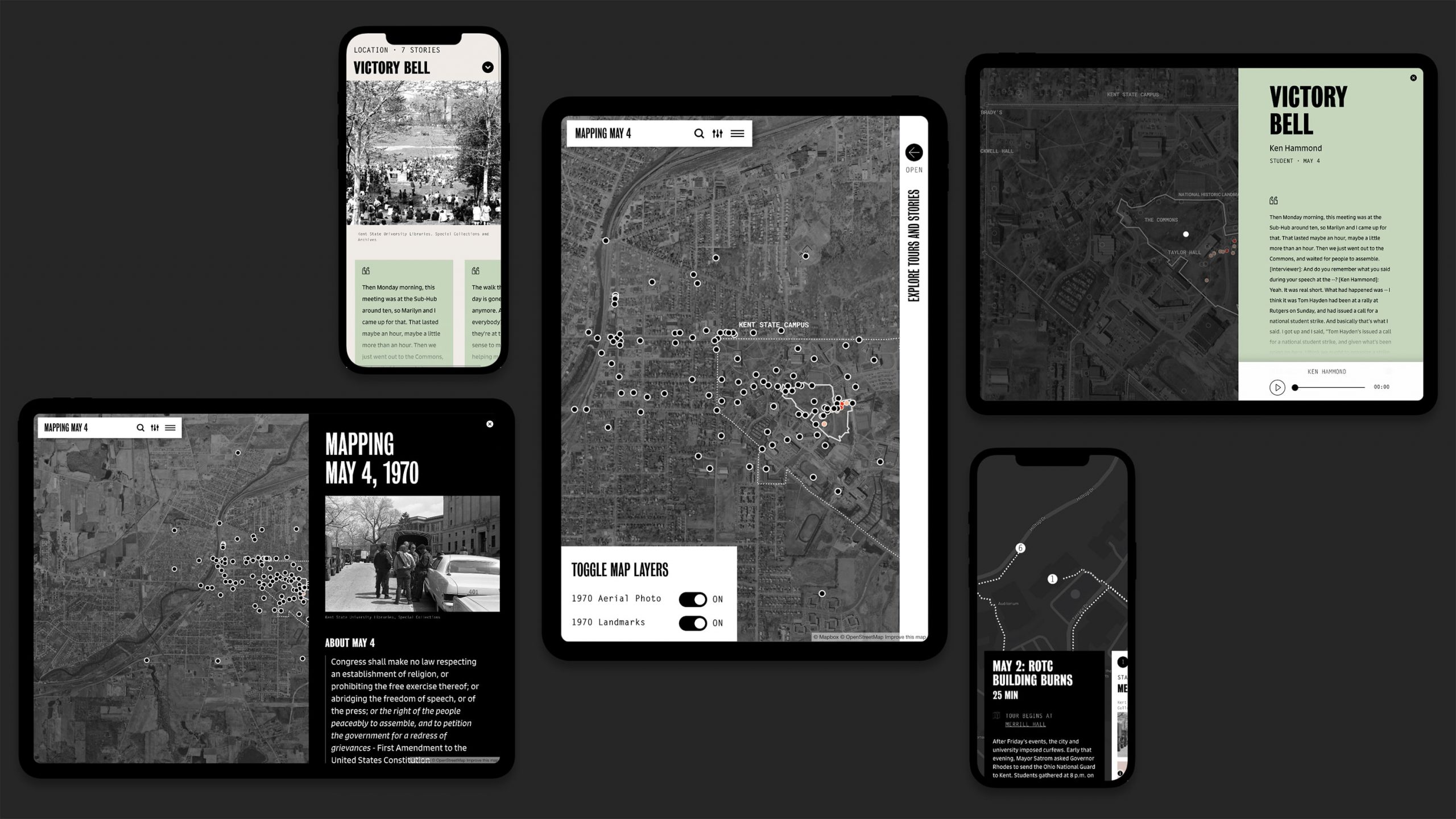 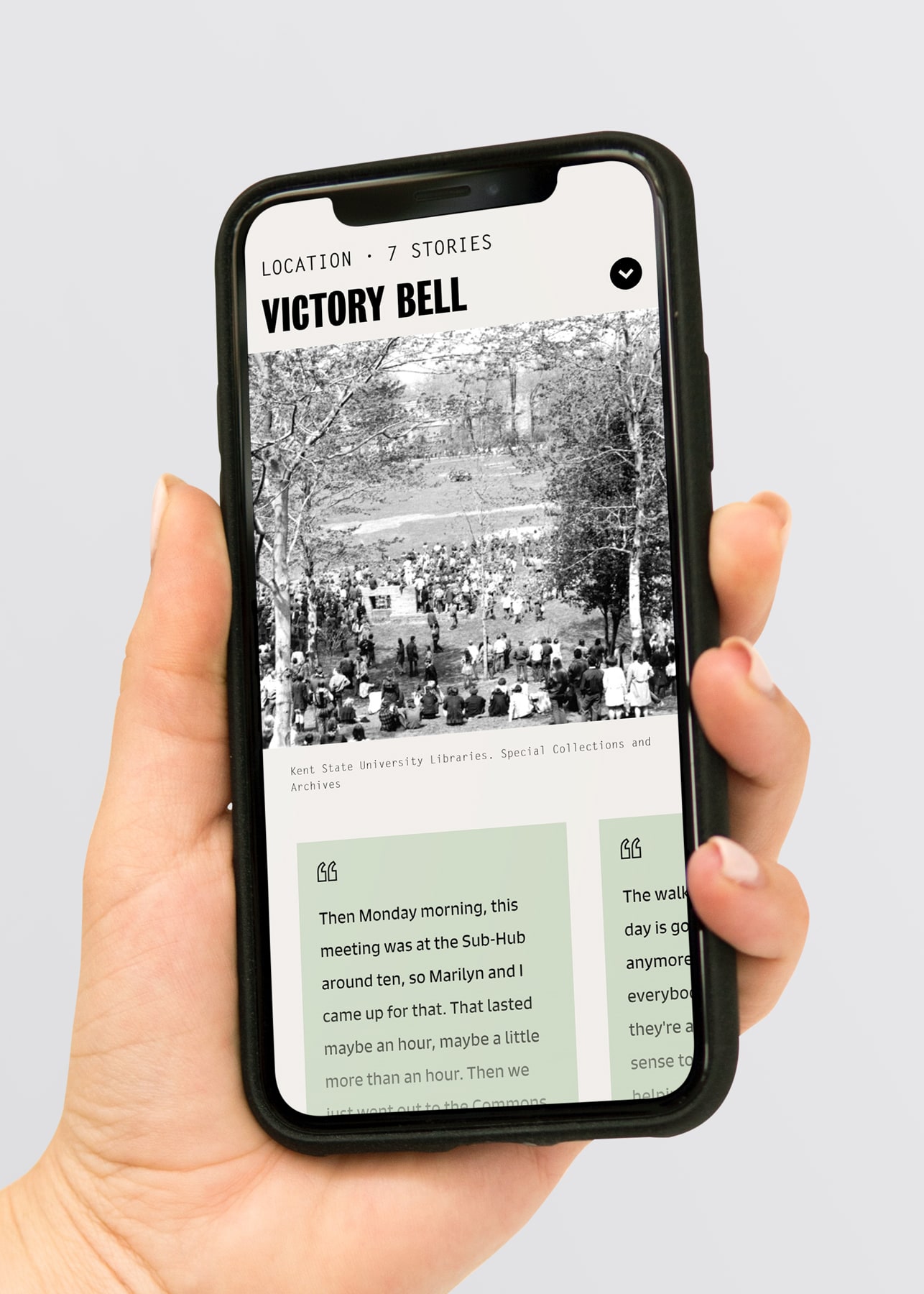 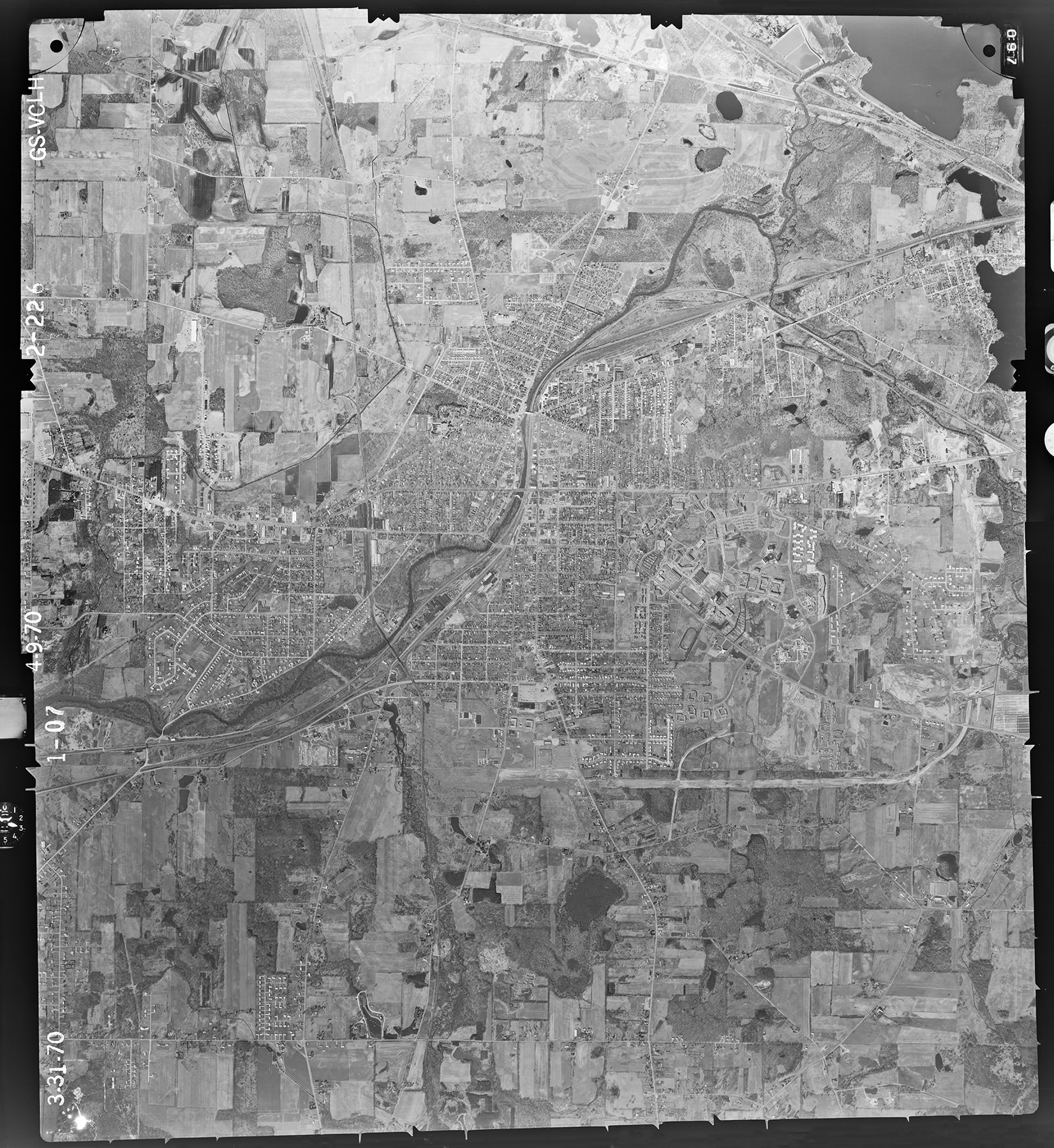 The background map is an aerial photo taken in April 1970, before many of the changes to roads and infrastructure in Kent changed, capturing Kent at a significant historical moment. 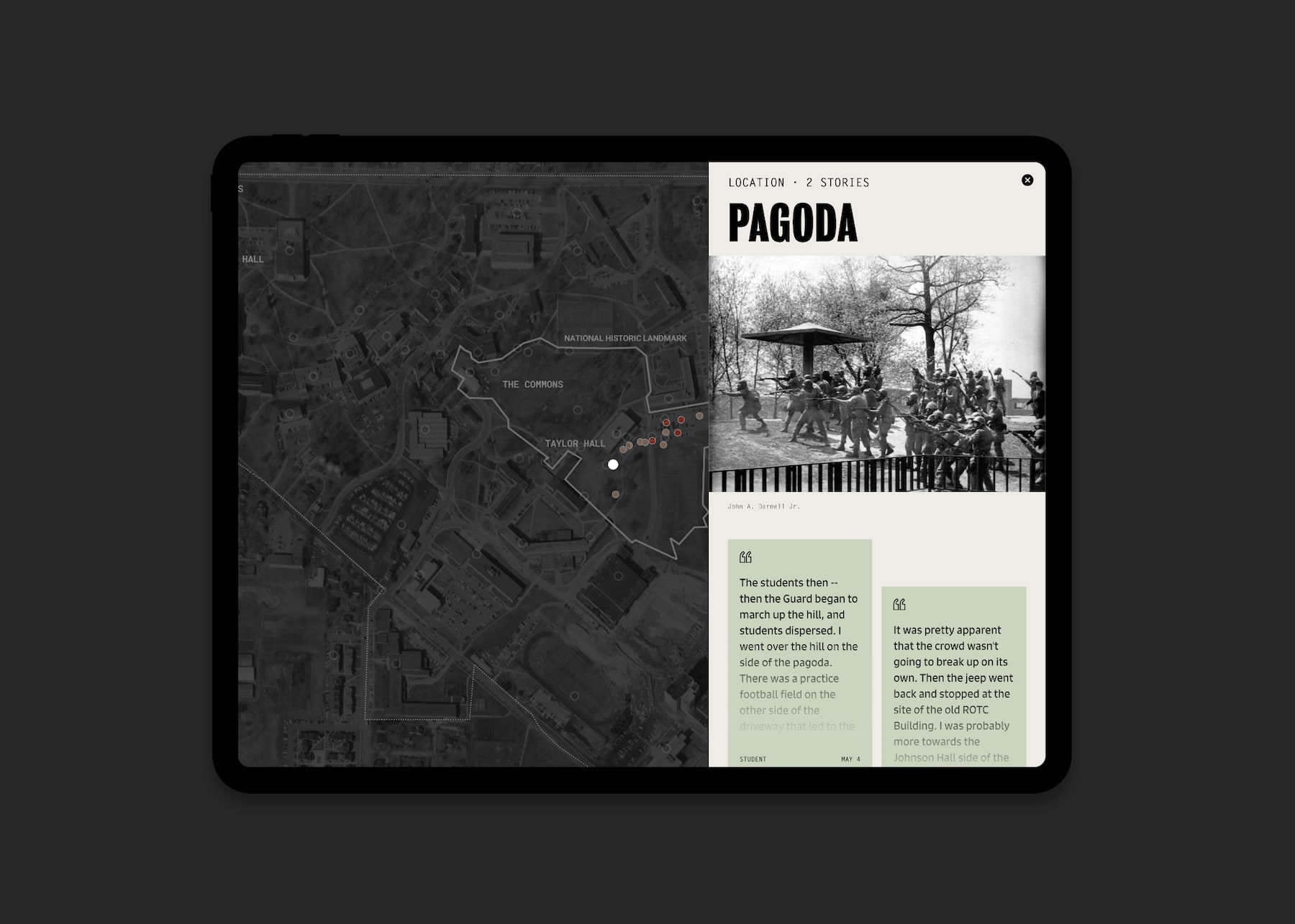 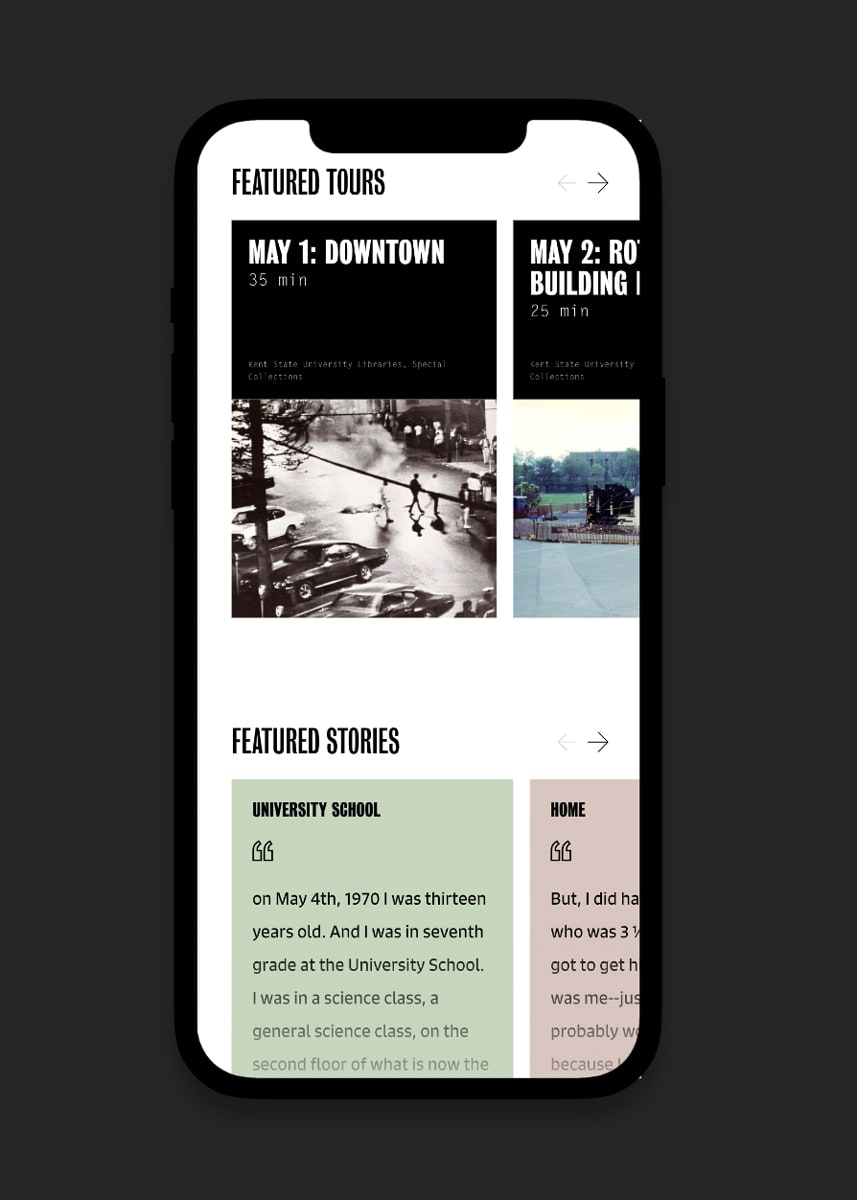 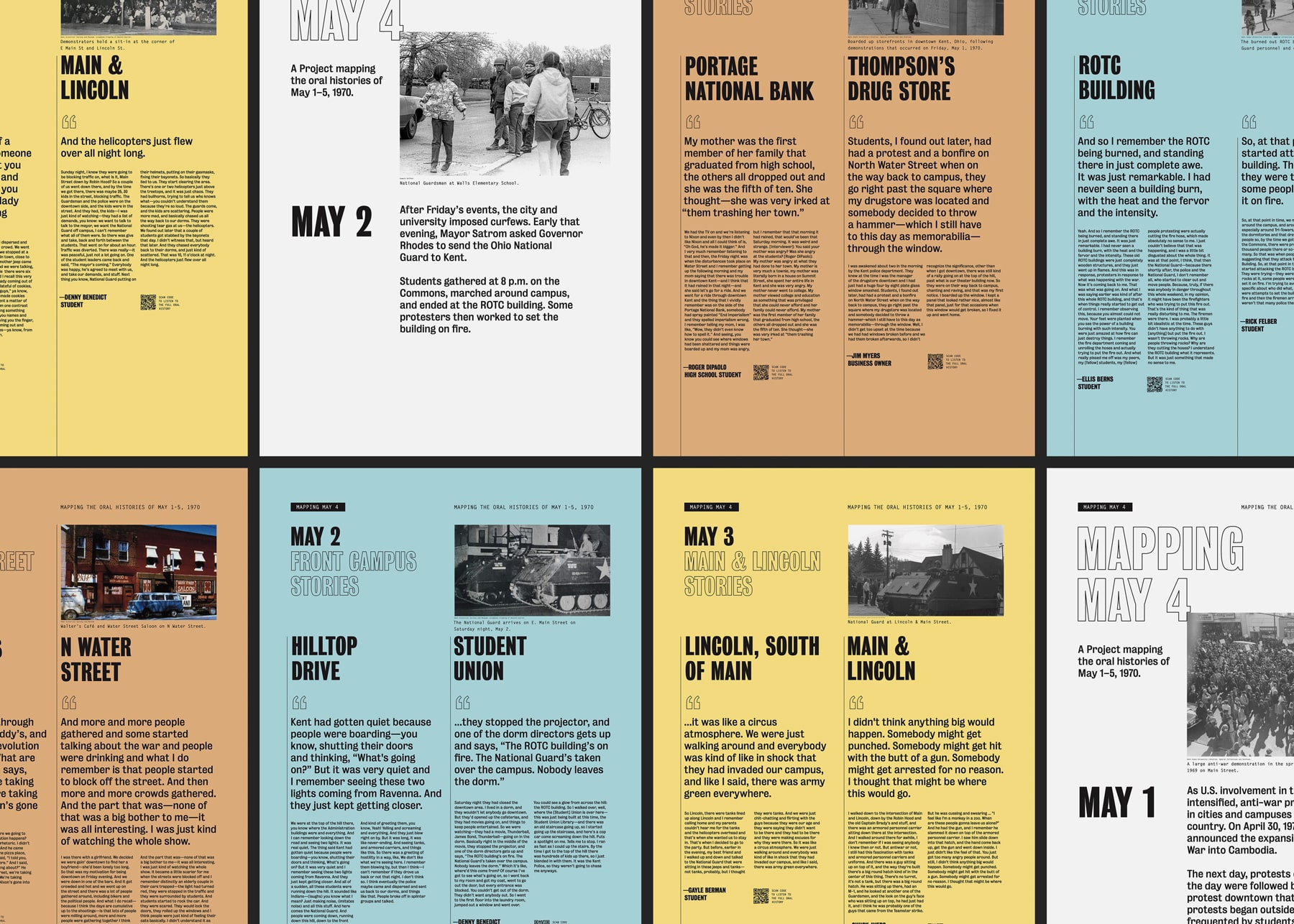 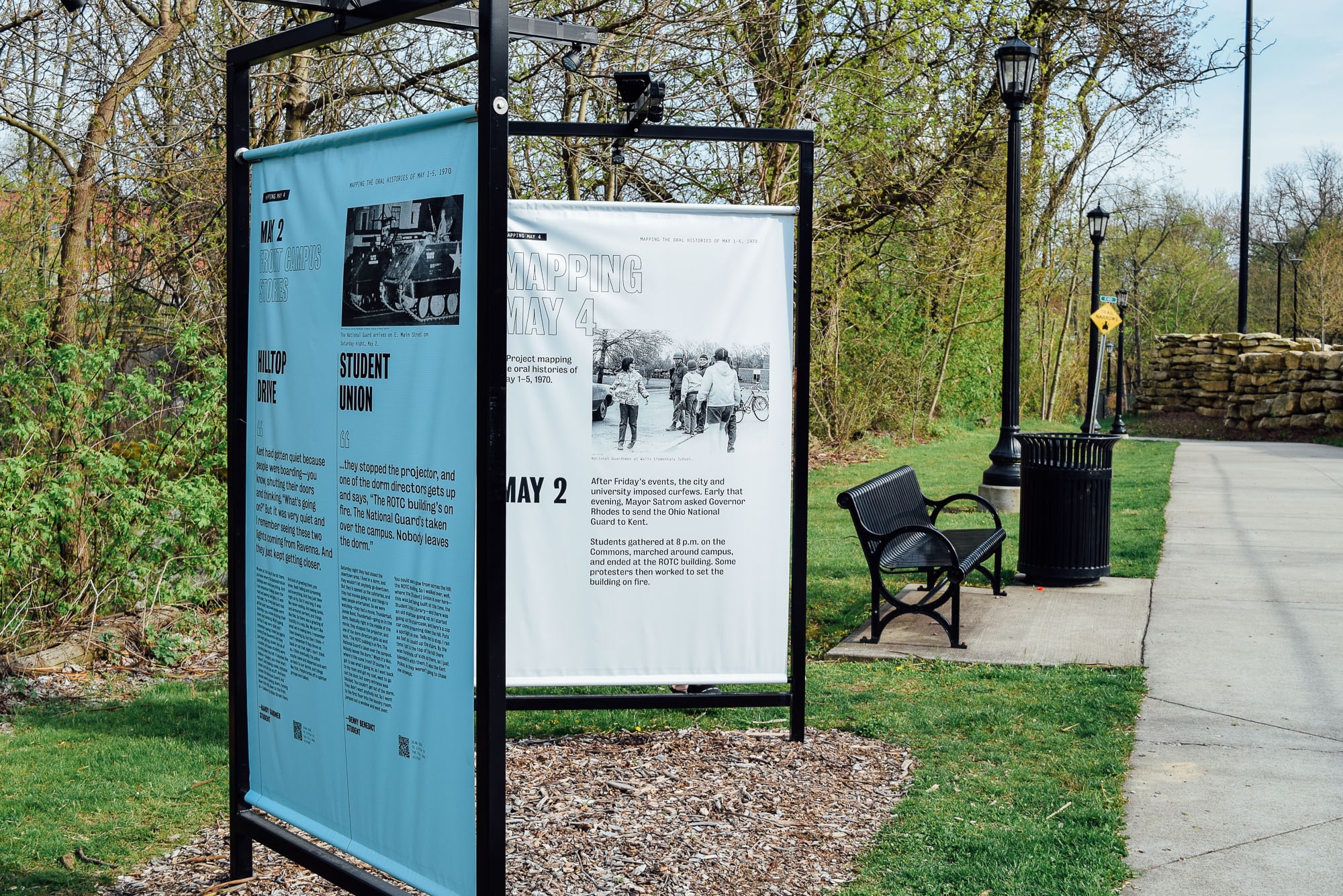 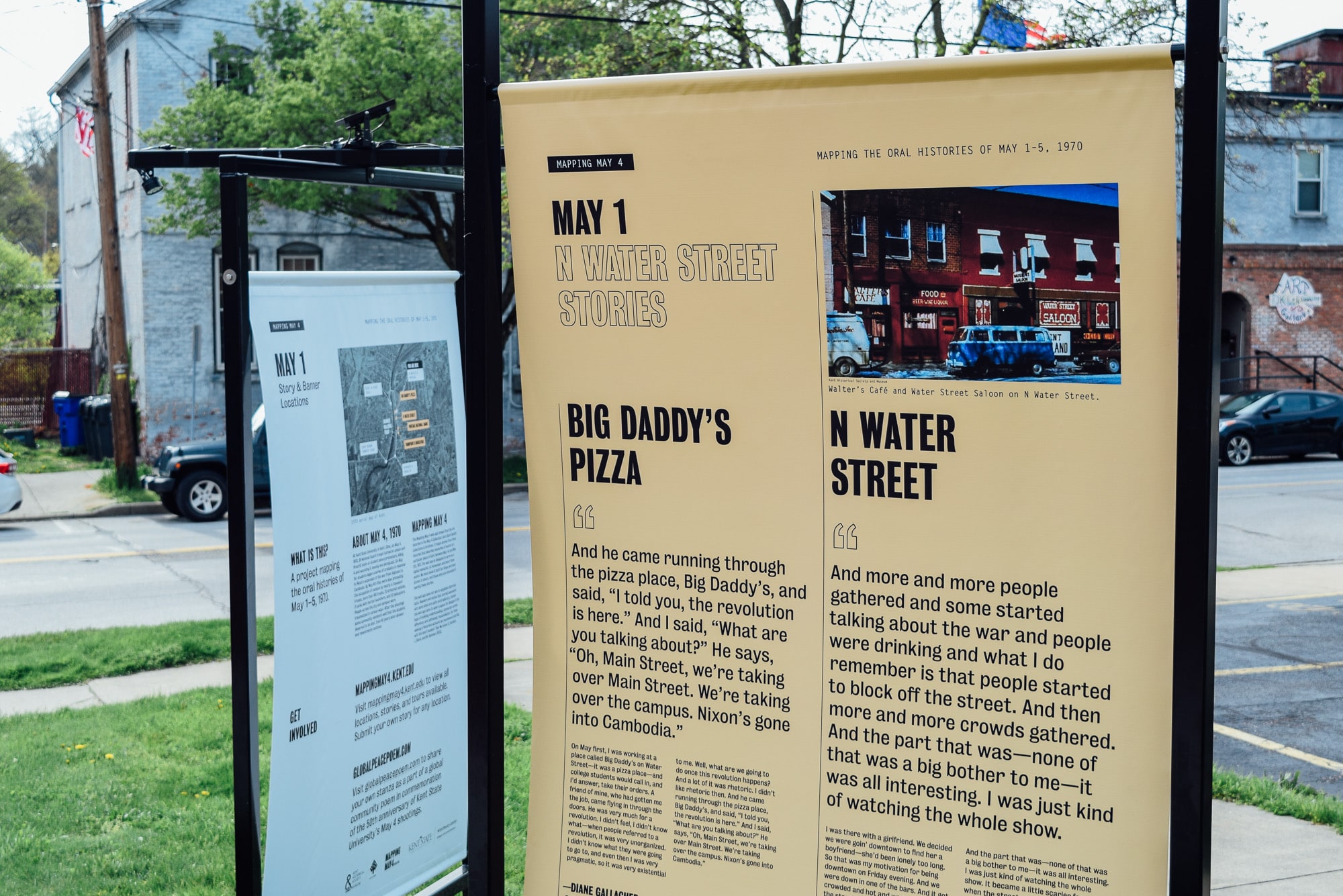 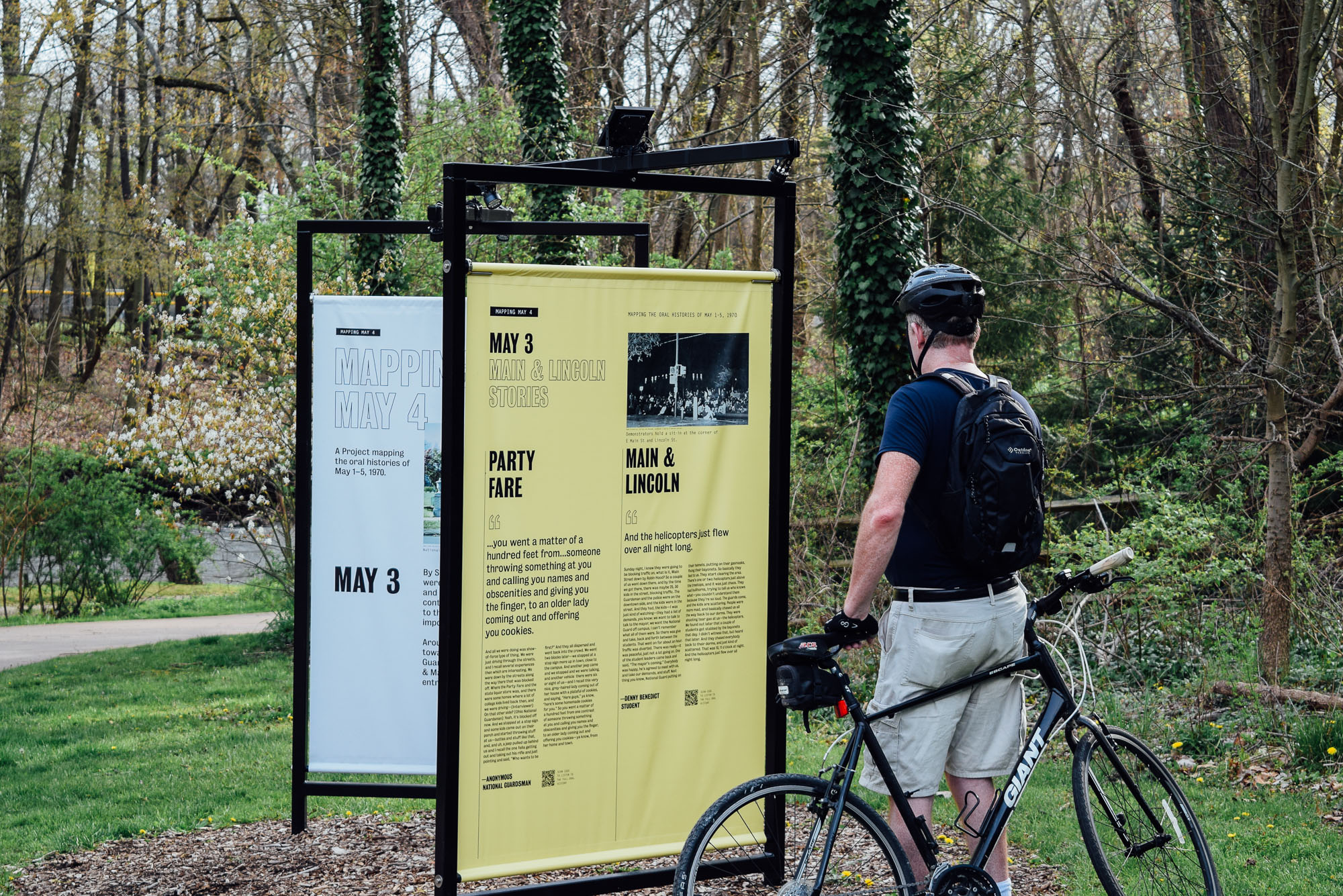 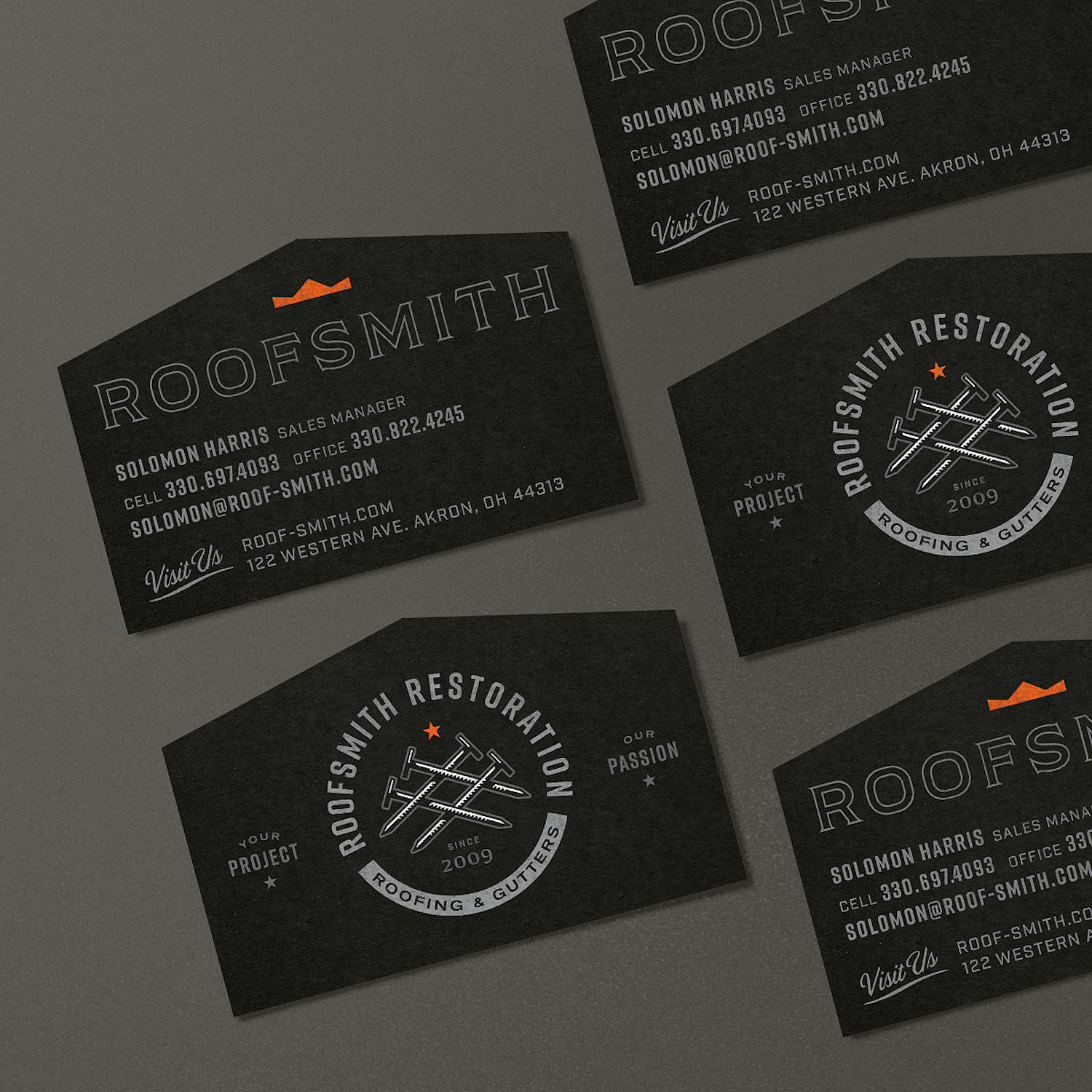 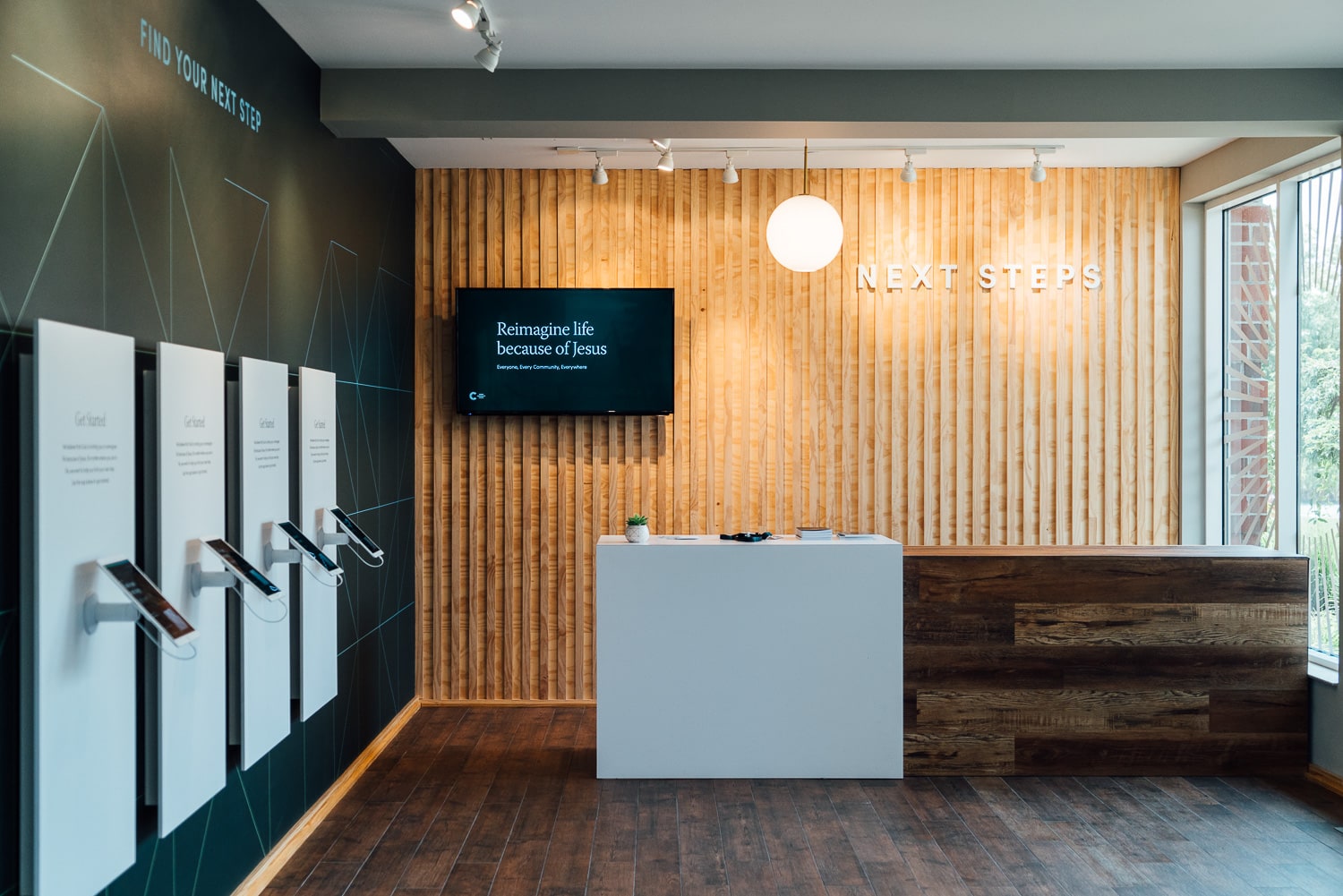 Christ Community ChapelDesigning a comprehensive brand system, space, and web app to empower a church to reimagine its mission 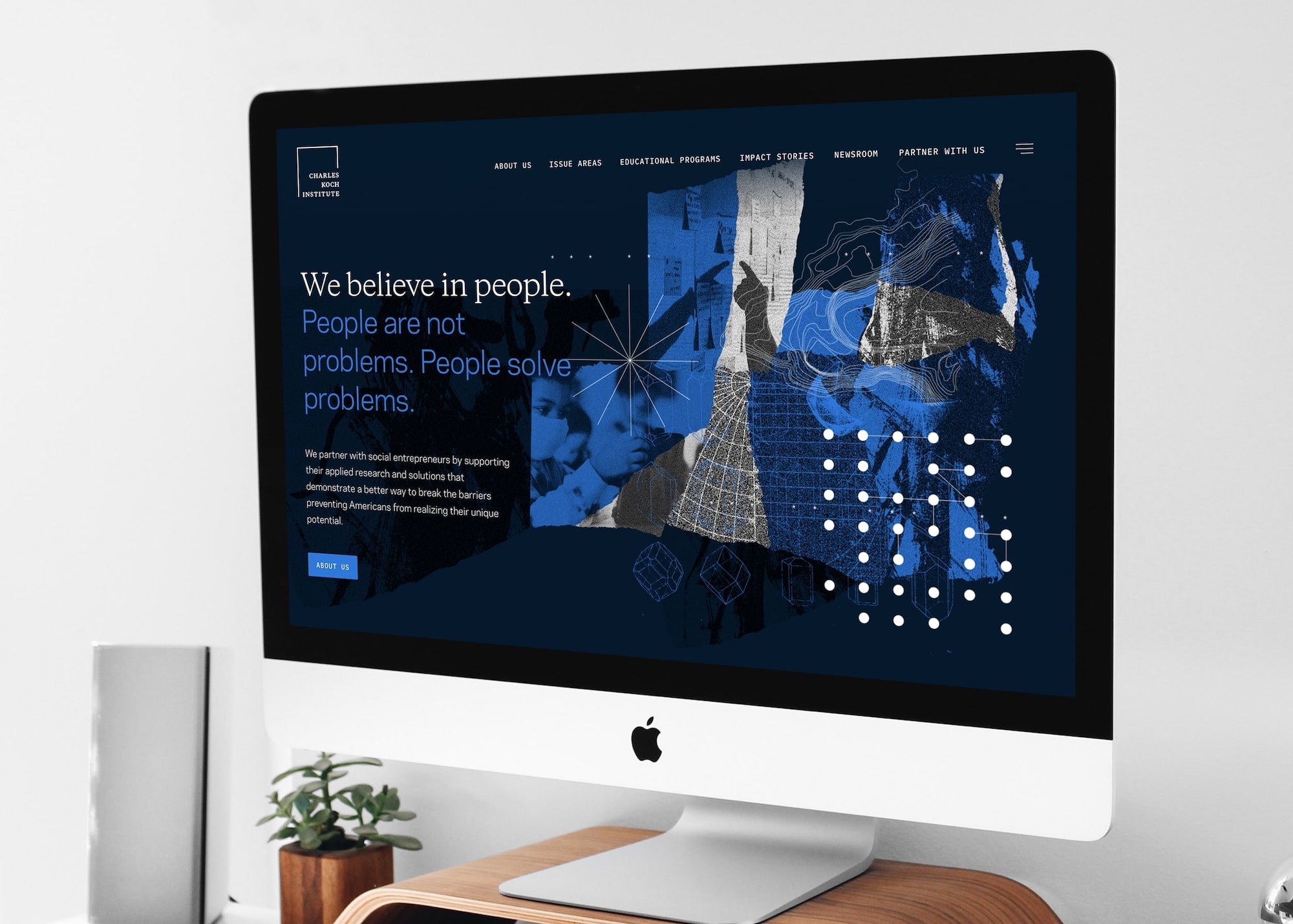 Charles Koch Institute and Foundation WebsitesBuilding a pair of custom, responsive websites for a social philanthropy foundation and institute 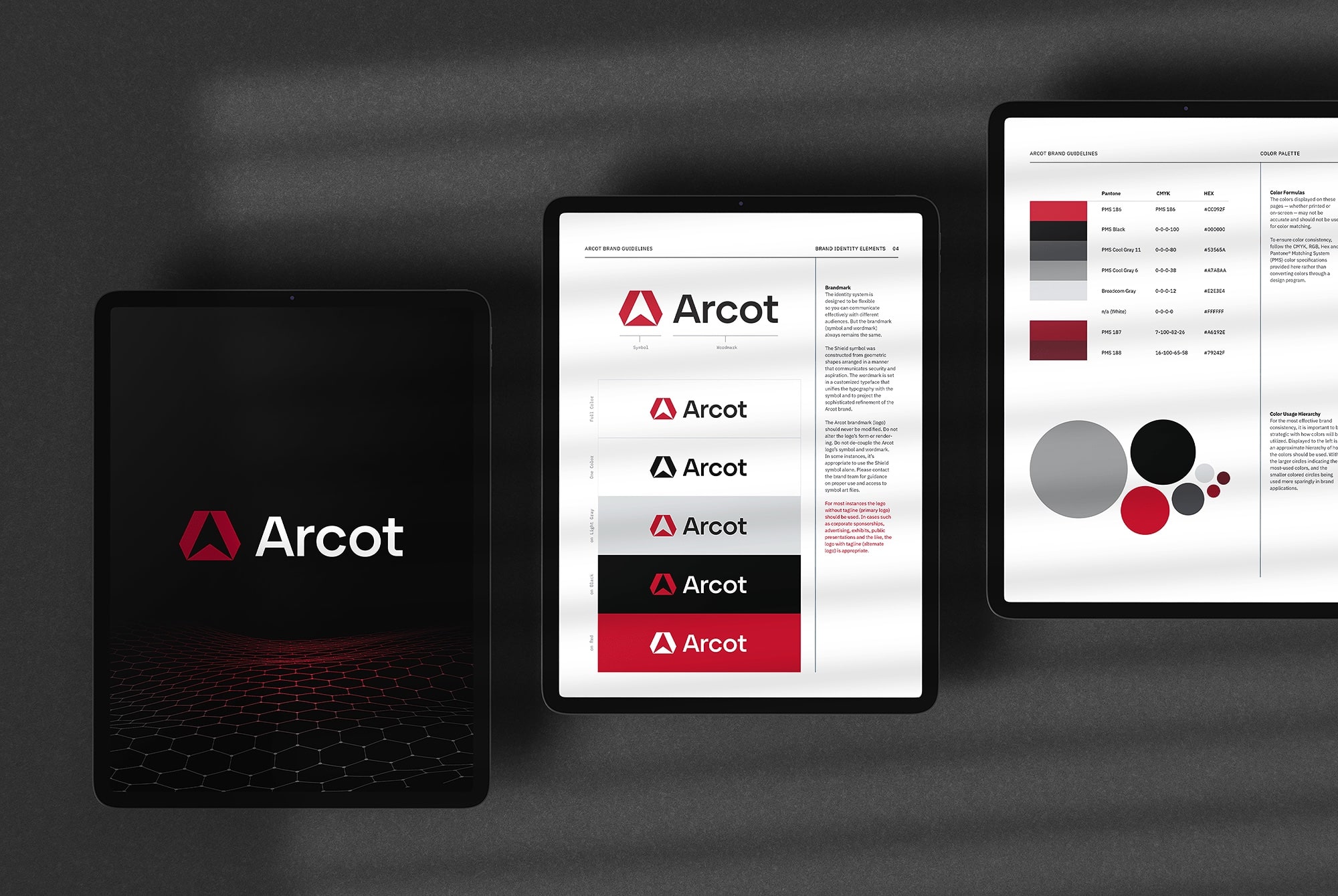 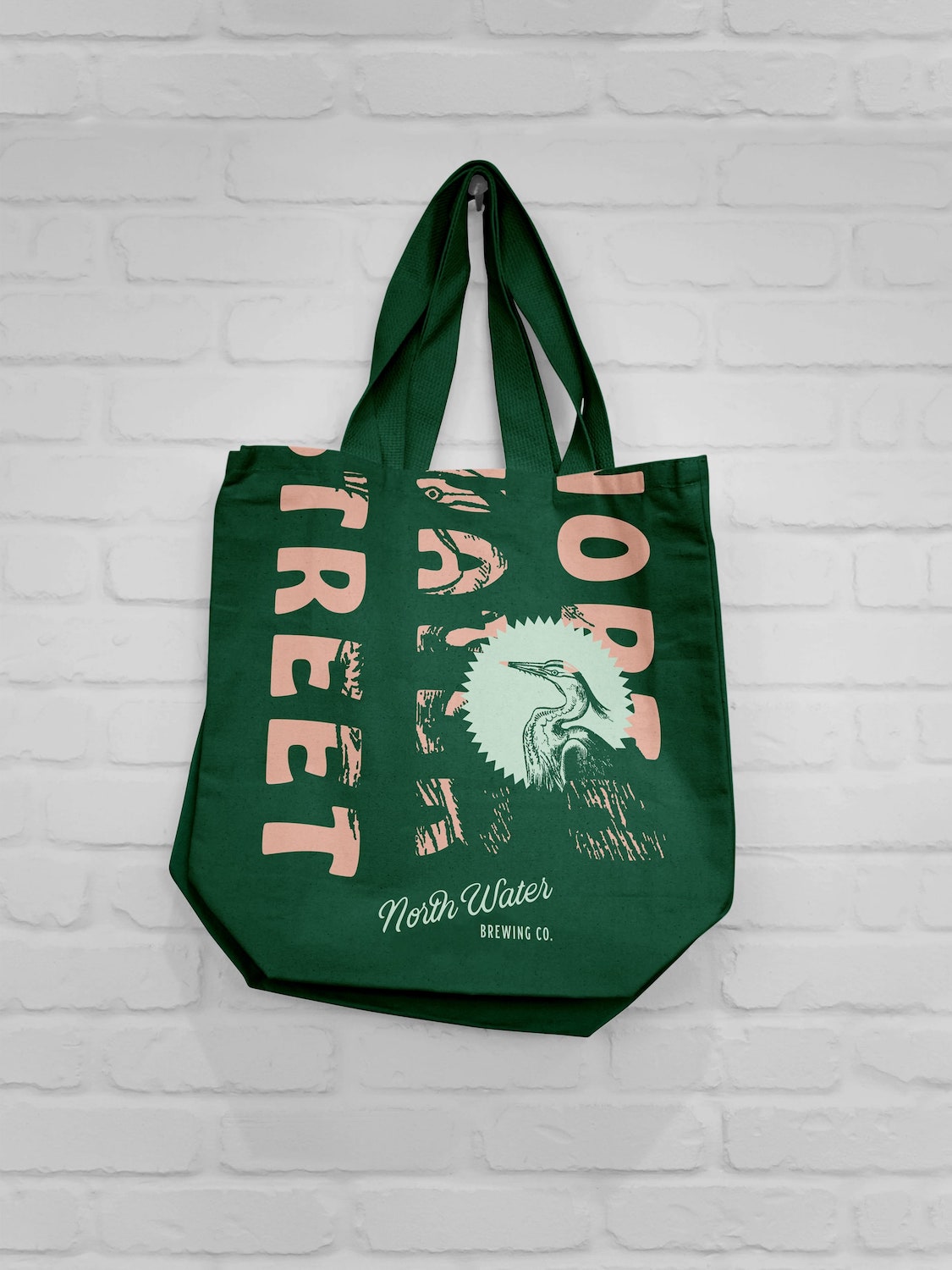 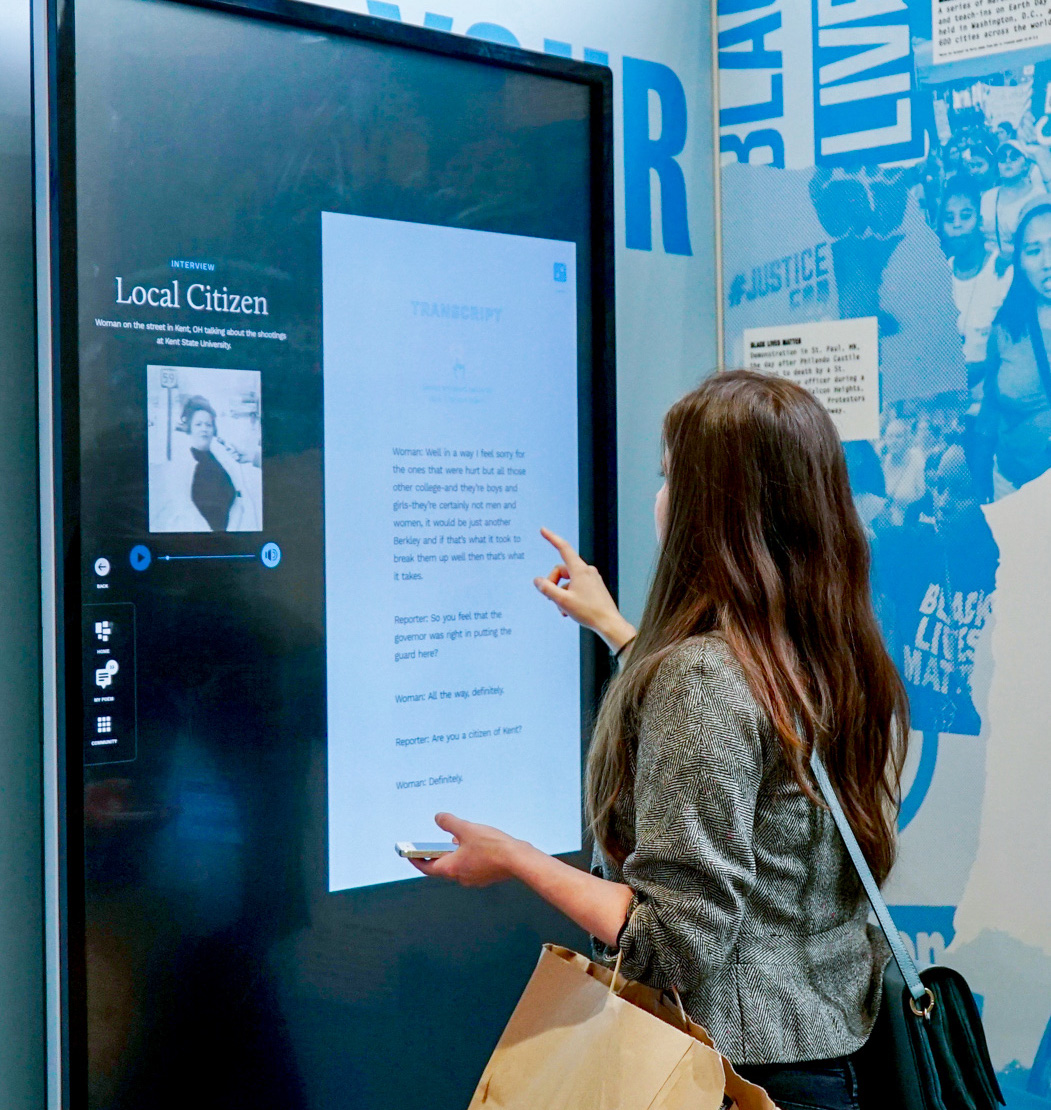 Armed with Our VoicesDesigning an adaptable pop-up exhibit experience that encourages visitors to explore the history of May 4th, student protest, and the timely themes of peace and conflict transformation 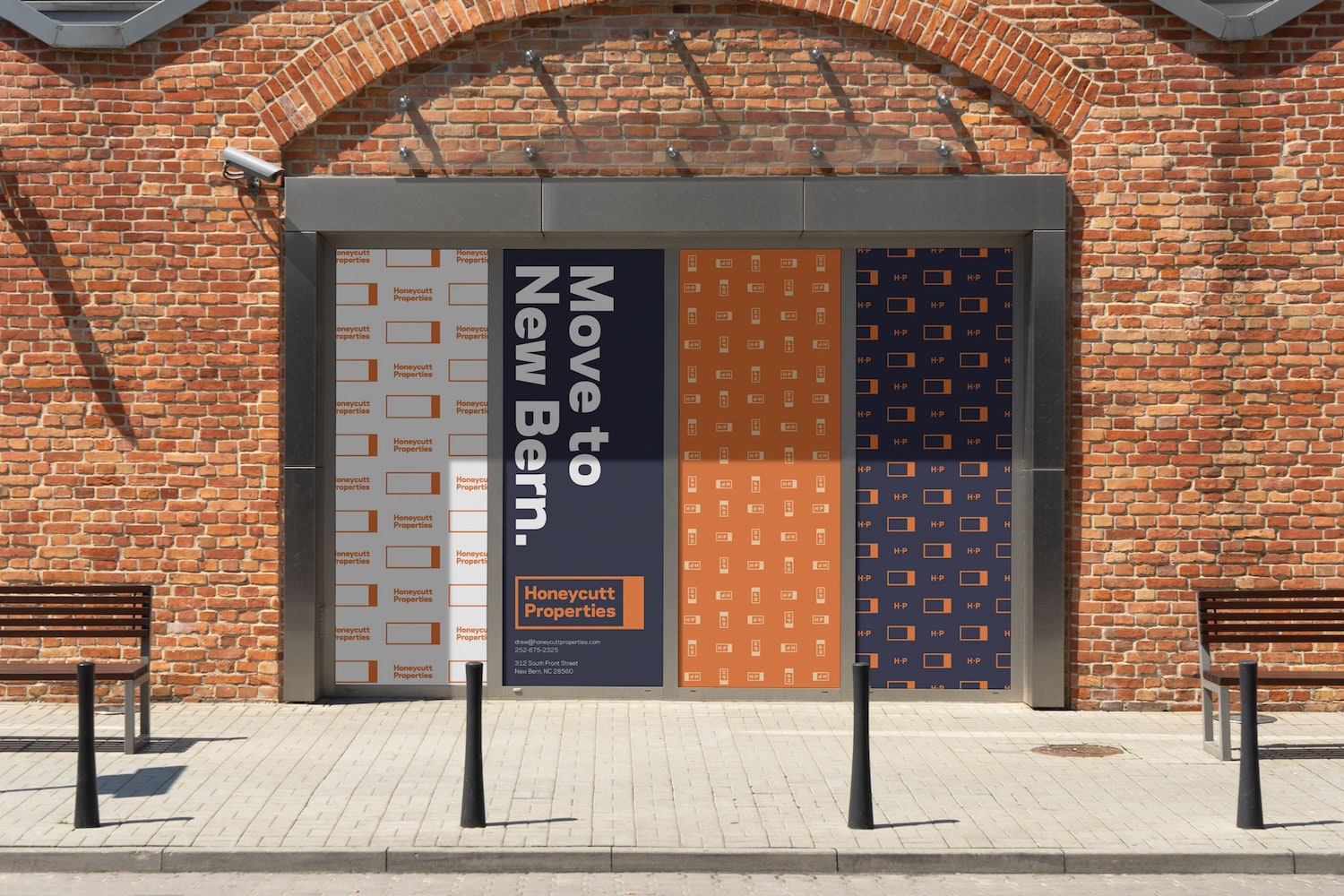 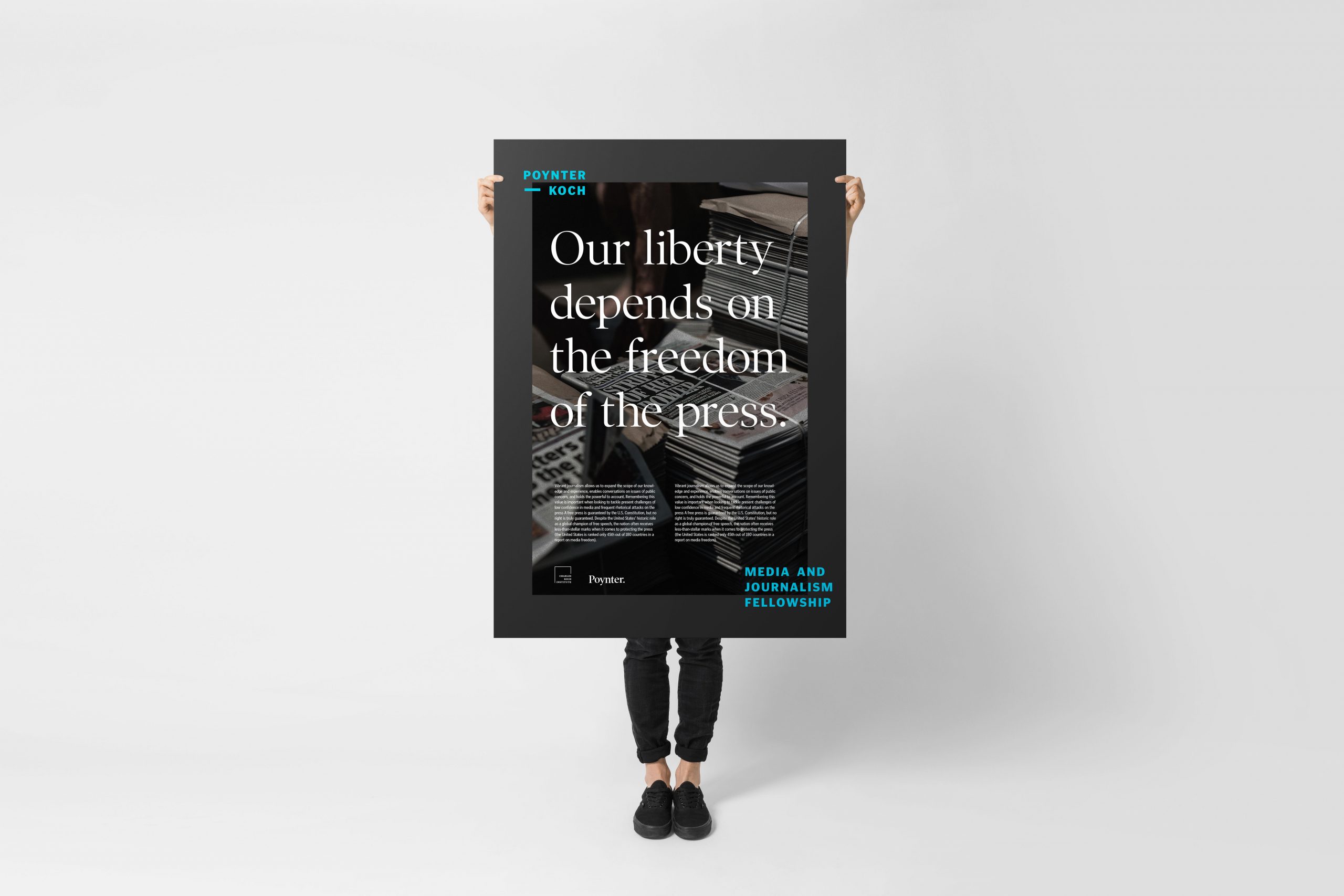 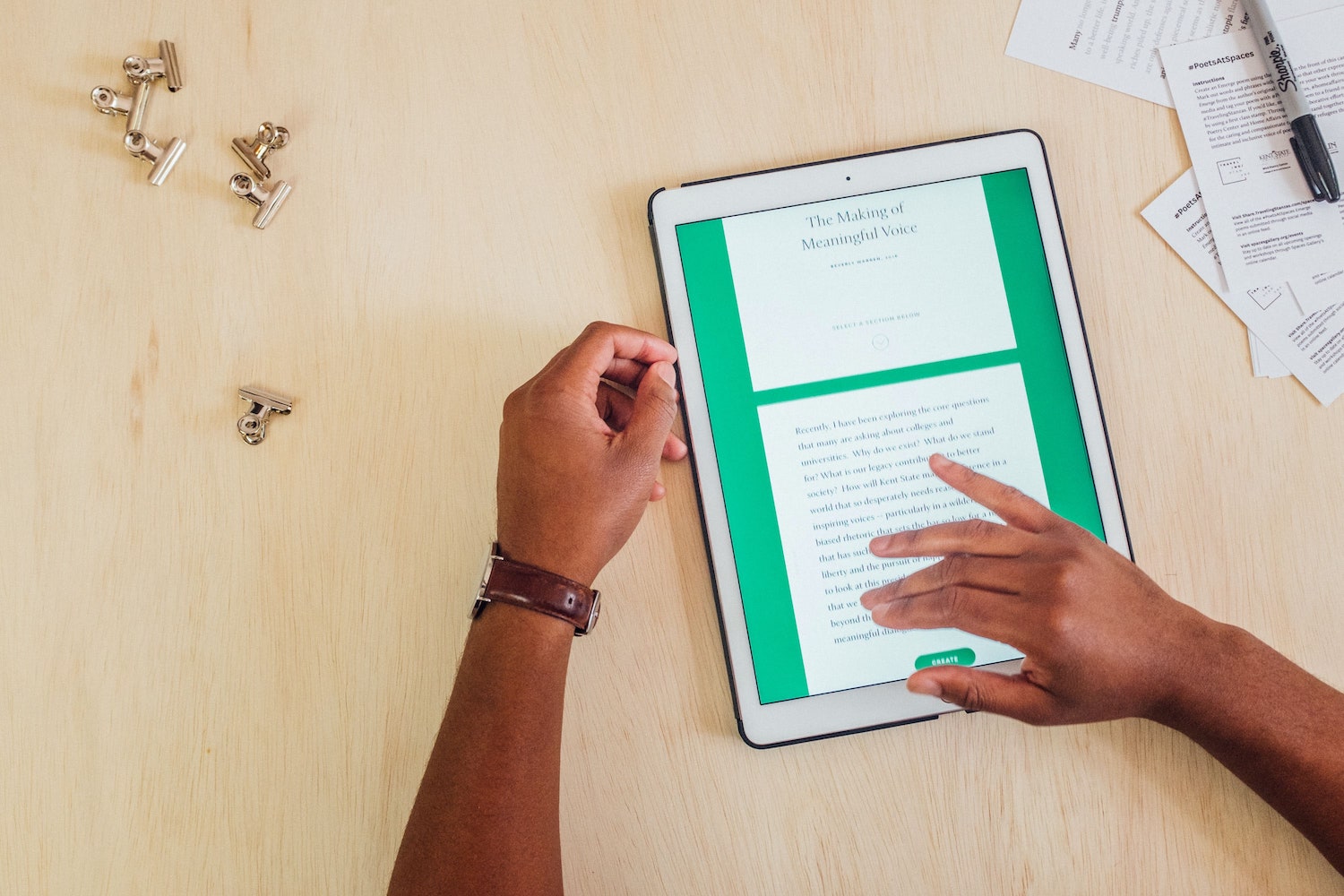 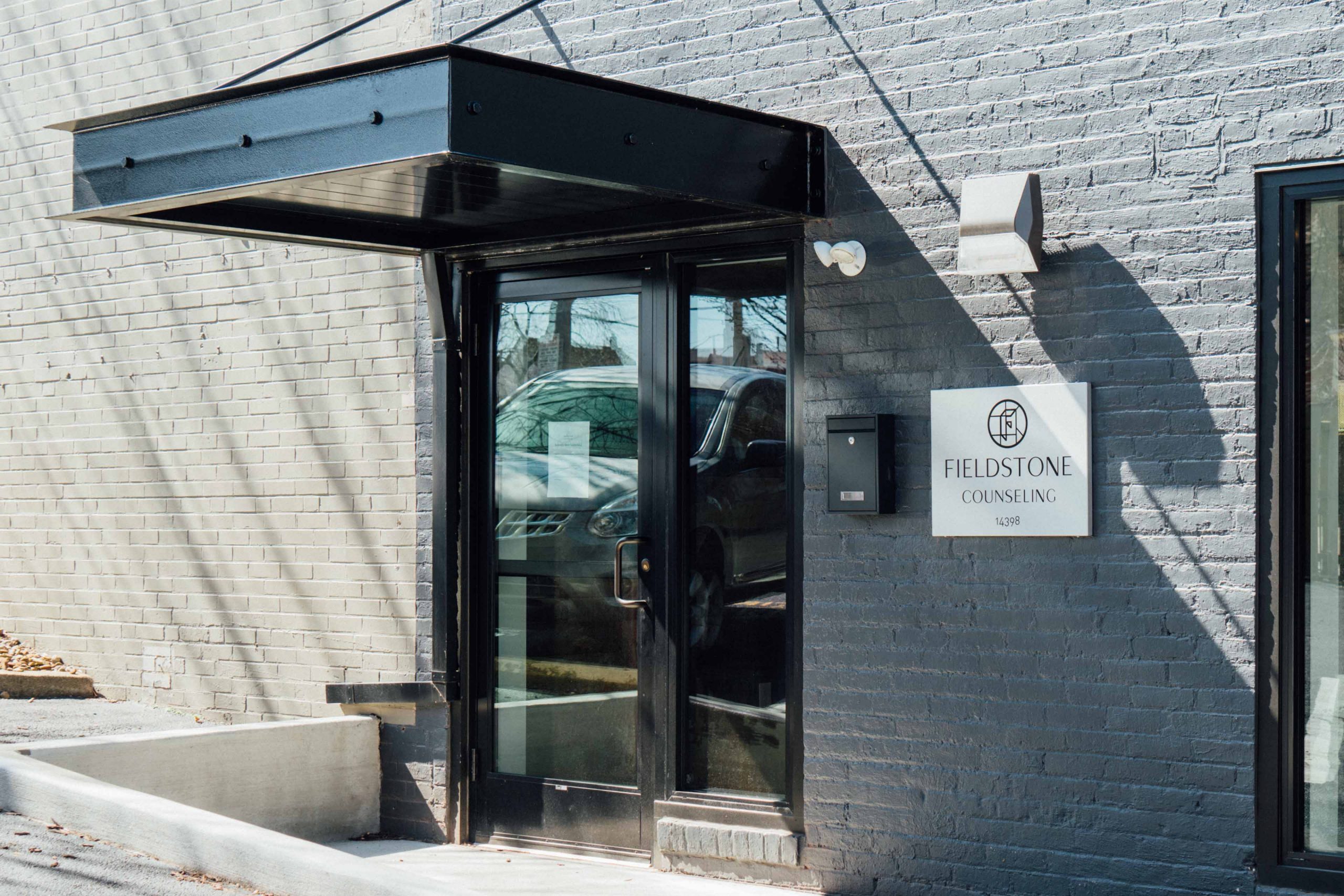 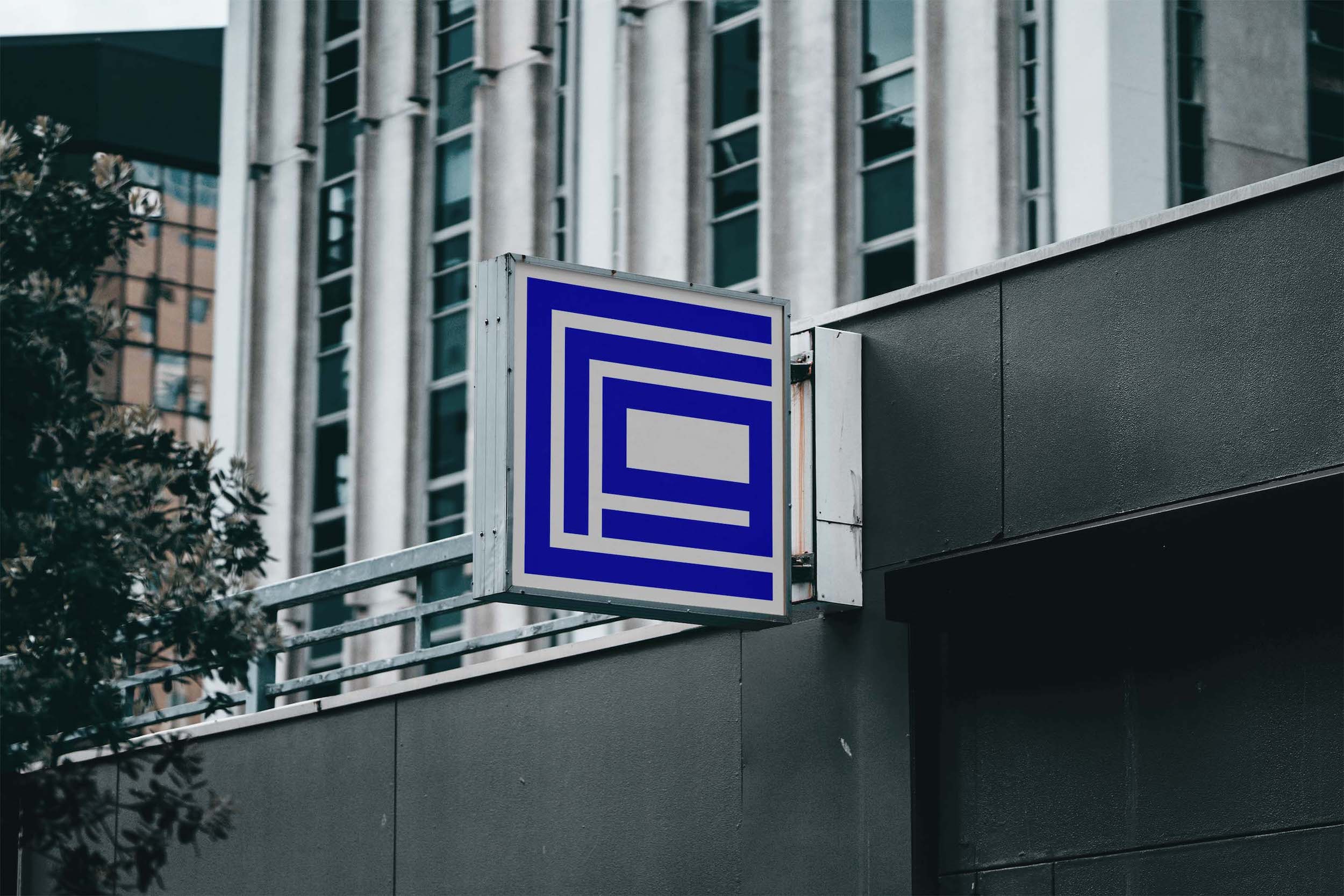 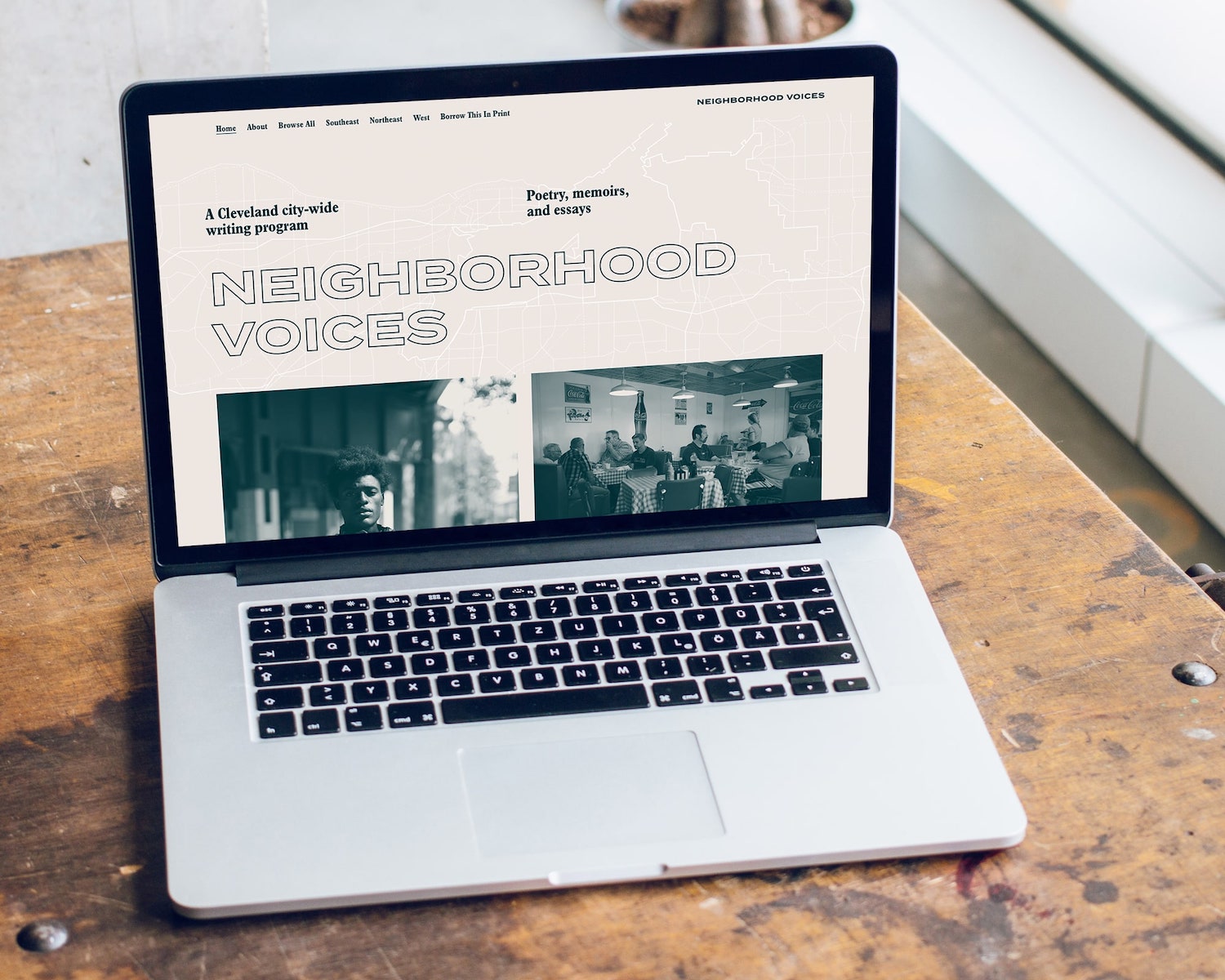 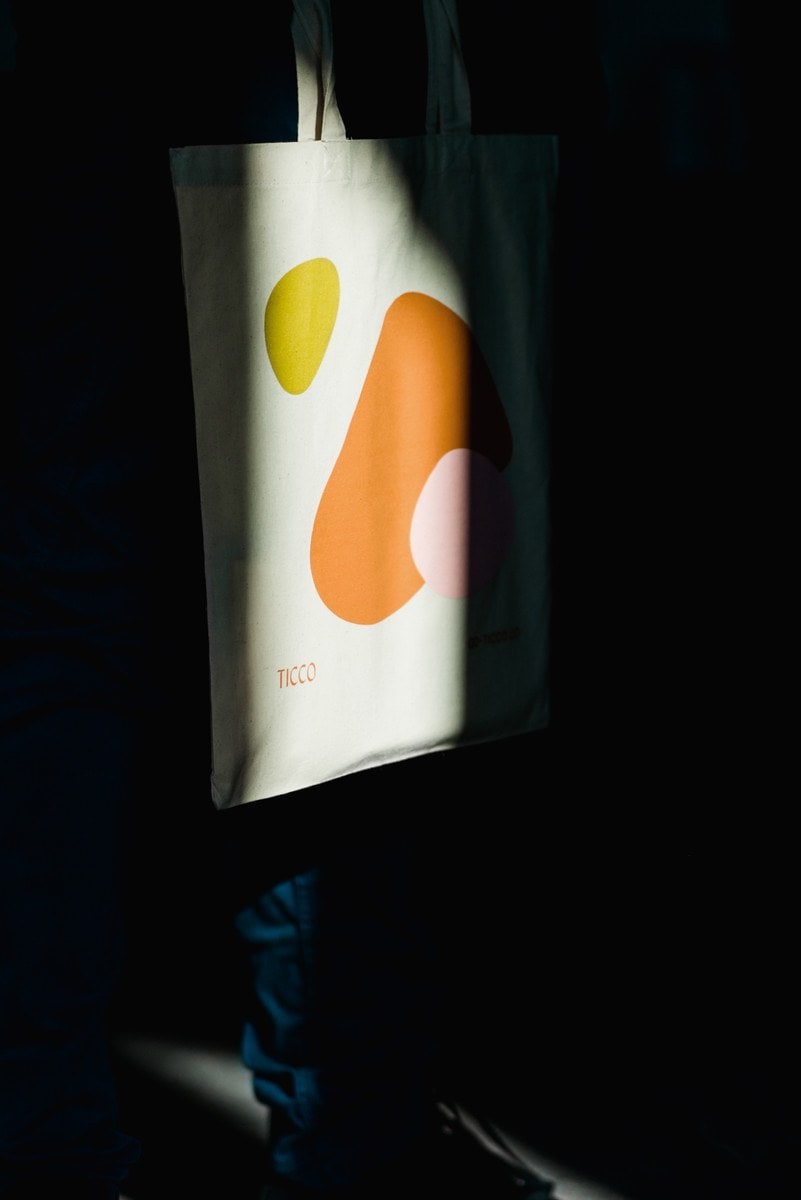 TiccoNaming, branding, web, and product design for a network of people shaping cities 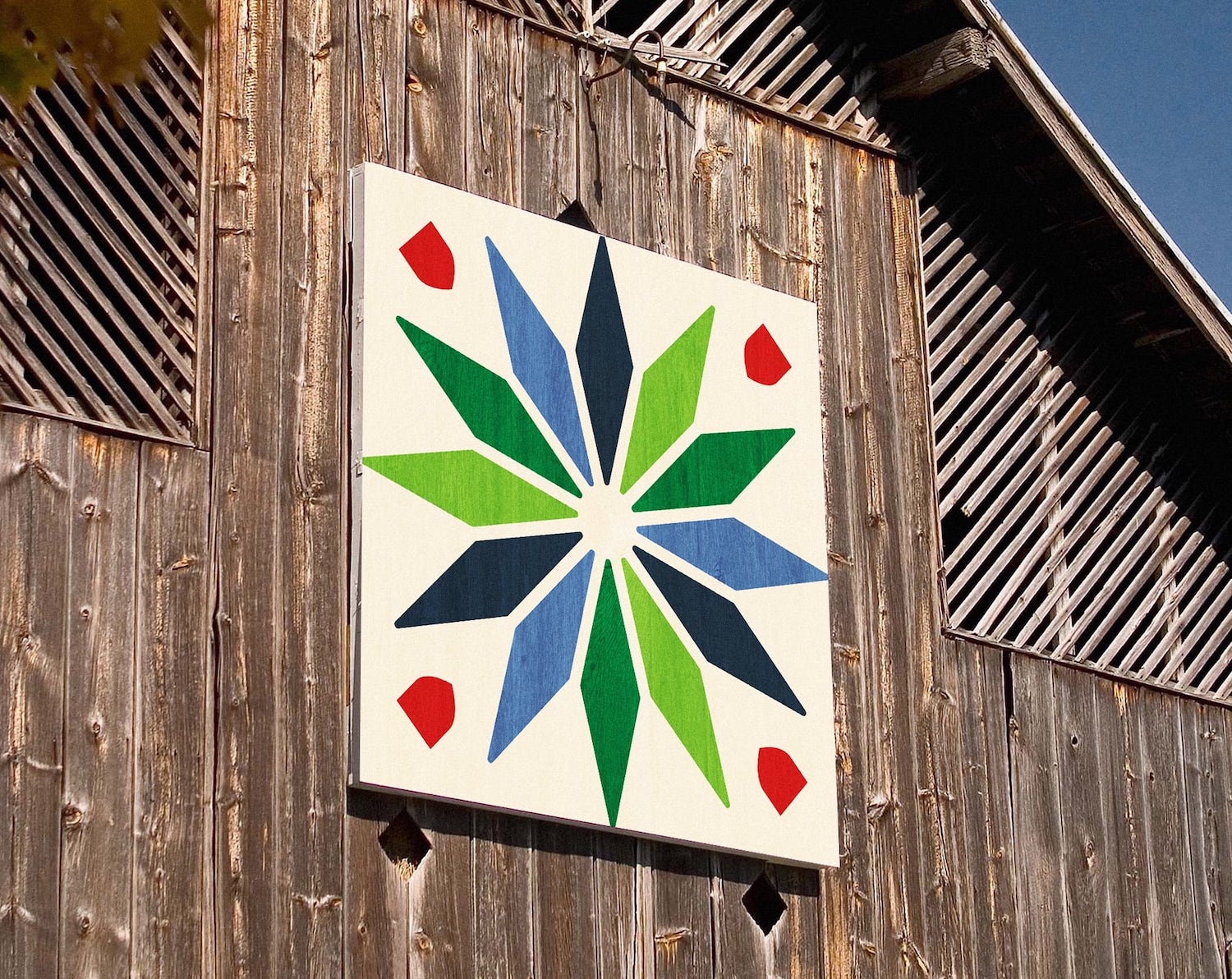 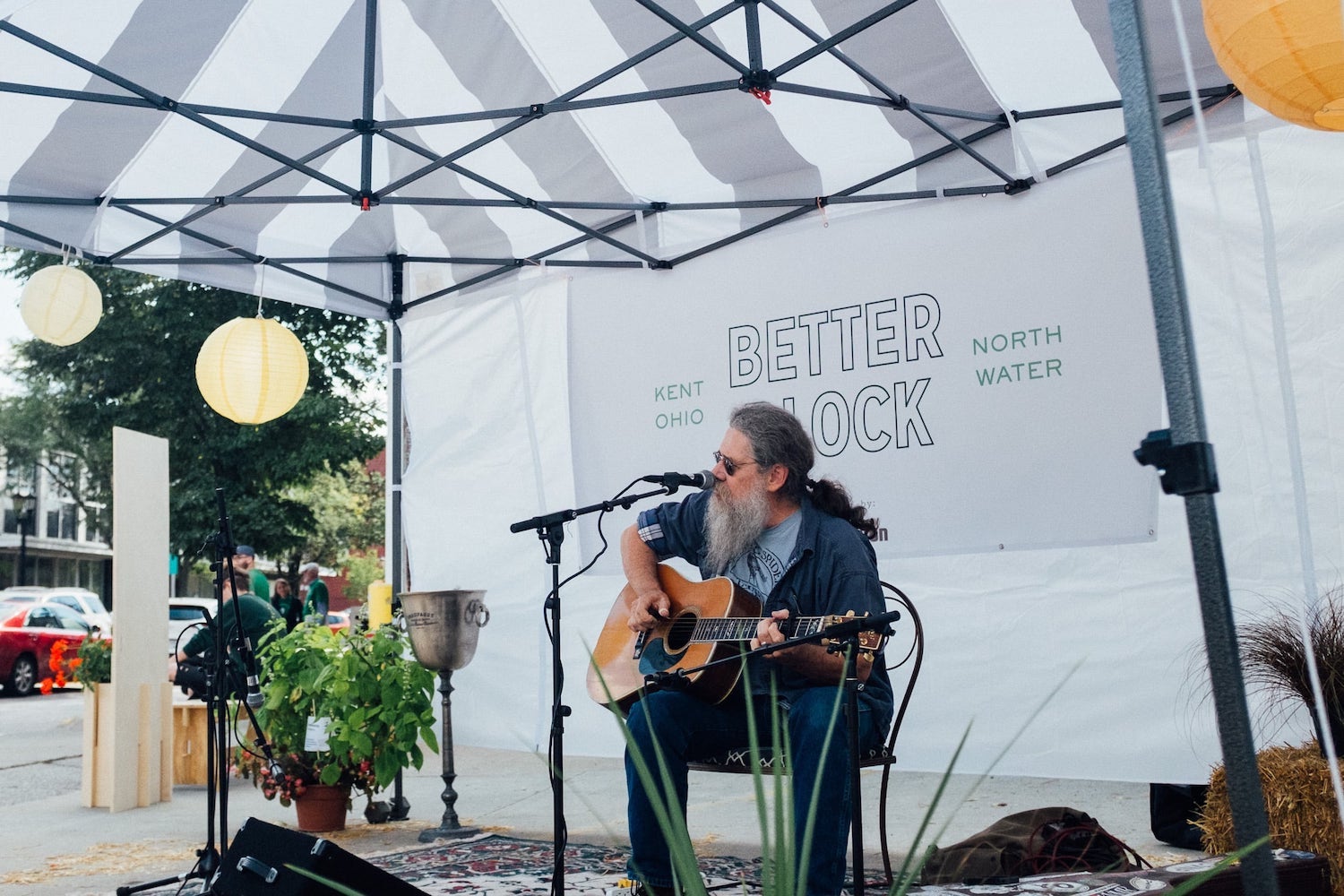 Better BlockGuiding a grass-roots tactical urbanism and brand project for an historic district in Kent, Ohio 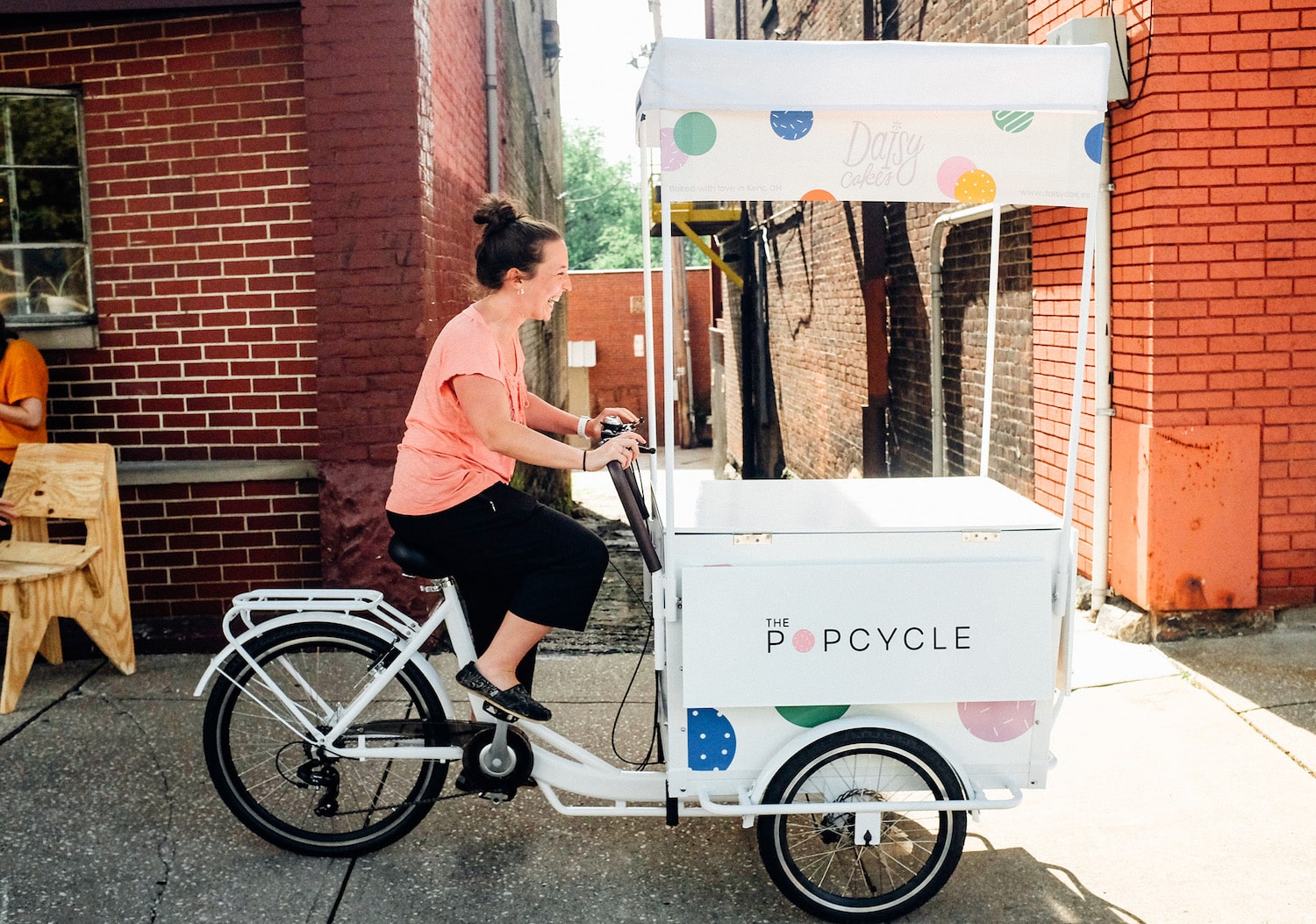 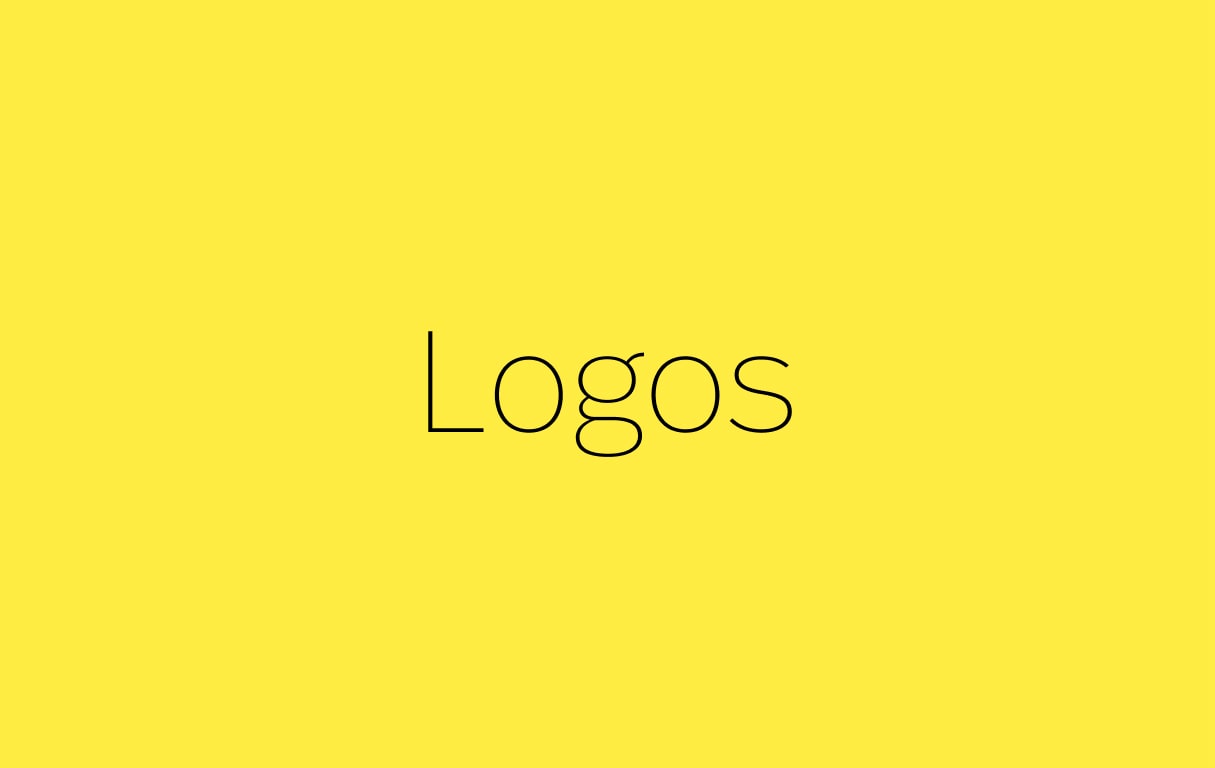